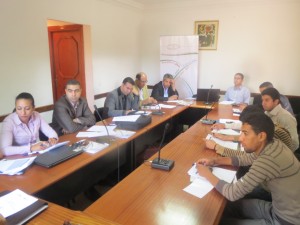 Azzedine El Miliari, director of the Observatory and board member of the association told Morocco World News that “watchdog and monitoring functions need both scientific approaches and field work, that’s why we insisted in bringing academia and civil society together to be able to collect scientific data in order for us to monitor policies and develop advocacy strategies that would impact decision making processes.”

Civil society’s participation in monitoring and evaluating public policies goes perfectly in line with the Moroccan constitution which, through article 12, introduced the principle of democratic participation allowing civil society to be an integral part in state consultations from pre-planning to the evaluation of Public Policies.

Article 13-14-15 of the constitution also allowed citizens to participate in formulating draft legislations and petitions, and  in designing, implementing and evaluating public policies. 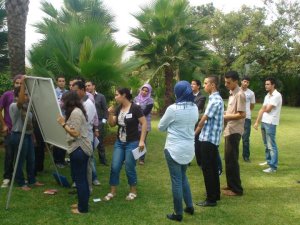 “The constitution has given us the right to oversight and monitor policies; yet our work should be based on scientific approach and credibility. That’s why we created the observatory in partnership with academia and research institutions in order to develop youth & civil society capacity building to master the functions of watchdog and monitoring and evaluation, “ added Miliari

From the small town of Tiflet, Association Jeunes pour Jeunes (Youth for Youth) known shortly as AJJ has been able to develop since its creation in 2005, youth programs designed to empower youth & civil society to fully participate in the democratic reform transition in Morocco post Arab spring.

“Arab spring was a turning point in the life of our NGO, we moved from a local association working on civic education & youth and women empowerment grassroots programs to a national network defending democratic change, and supporting youth economic, social, political and cultural rights,” Imad Akka, president of the AJJ told Morocco World News

The youth socio-political led-movements have changed the association’s vision, enabling it to become today one of the leading Moroccan youth organizations, advocating for youth participation & democratic reforms.

“We have taken part in the Feb 20 movement’s protests, and we were among the first to organize a national meeting on the evaluation and perspective of the youth-led movements post Feb 20, 2011 with the participation of 300 youth from different regions and social & political orientations,” added Imad

The Feb. 20 Movement, a leaderless grassroots coalition that has orchestrated a number of subsequent pacific protests, demanding parliamentary monarchy and advocating for political change, has given birth to a new driving force in Moroccan politics. It contributed to the emergence of a new culture of political activism in which youth are not only part of the political scene, but leading it.

The reform policy introduced by King Mohammed VI in March 9, 2011, has also introduced an ever unprecedented culture of public dialogue and consultations within governmental and non governmental institutions. Several youth have become more interested than ever in shaping the policies of the country. This has been demonstrated in a number of youth who took to the streets and those who participated in public forums to voice their opinion about the hottest political issues affecting their country.

Conscious of the importance of its advocacy role, the AJJ tried to make a balance between the legitimacy of the street protests and proposing alternatives. The NGO then launched a nationwide public forum on constitutional reforms, called “Future Dialogue: youth & constitutional rights, a common vision to ensure youth participation”. The dialogue included the organization of 8 regional forums with the participation of 500 NGOs and 8000 youth. 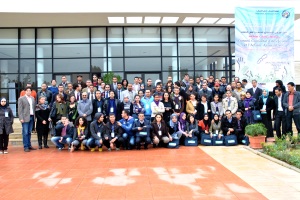 “These forums helped us draft a memorandum outlining practical recommendations to the commission in charge of revising the constitution on mechanisms of youth participation in decision making processes and management of local affairs, on the parliament’s openness to & collaboration with civil society organizations, and on creating a constitutional institution representing a force of proposition for developing & evaluation youth public policies,” stressed Imad

After its successful public forums with the aim of drafting concrete proposals on the nature and functions of the Consultative Council of Youth and Community Work, the association is ready to launch a nationwide public forum to identify the new roles of civil society post 2011 constitution. The “Association Jeunes pour Jeunes” will also be announcing its new program “Shadow youth parliament’, which aims at empowering youth to evaluate and monitor the parliament performance from a youth perspective.

It is worth to mention that 2011 witnessed a slight increase in the number of CSO’s coalitions formed for more coordination in issues of common interest. Whether these coalitions have been effective or not, but it demonstrated how coordinated efforts are important for increased impact.

Several NGOs, including the AJJ, are currently holding public dialogue forums to discuss the creation of the consultative council of youth and community work and the new roles of civil society. They have even preceded the government in launching these dialogues. CSO’s aim is not only to discuss the creation of the youth councils and submit the list of recommendations to the head of the government, but rather participate in drafting a bill that would regulate its functions and mandate.

In the meantime, the government has just announced that it will open a public debate with youth & civil society in order to develop a national integrated youth strategy, amend laws regulating civil society, allowing for more freedom but transparency in accessing public finances; develop CSO’s capacity building in drafting legislations and petitions, and make the Consultative Council of Youth & Community Work functional.

Karima Rhanem is a Moroccan Communications and social media Specialist, researcher on Governance & Public Policy, former journalist and a social activist with over 10 years of experience in civil society & youth issues. She is currently president of the Moroccan Association for development and Parallel Diplomacy. Ms Rhanem holds a BA in communications and Leadership studies, and preparing an MA in Governance and Public policies at Mohammed V University, Rabat.